On 14 February 2018, the Intellectual Property Tribunal (IPT) convened and heard its first matter following its establishment in 2010. The case of Bayer AG v Milborrow Animal Health (Zimbabwe) (Pvt) Ltd (IPT 01/17 was argued and judgment in the matter was reserved and ultimately handed down on 29 May 2019.

The operationalisation of the IPT had been long overdue as the Bill was introduced as far back as 2001 but was only enacted 9 years later in 2010. To date, 18 years after the introduction of the Bill and 9 years after the IPT came into operation, the rules and regulations governing the IPT have yet to be promulgated. Fortunately, due to the transitional provisions set out in Section 22 of the Intellectual Property Tribunal Act, the lack of rules and regulations is not fatal to the operation and workings of the IPT. Section 22(3) provides for the continued application of the Patents Tribunal Rules until the IPT rules are established. Further, Section 12(2) of the Intellectual Property Tribunal Act provides for the application of the High Court civil procedures and practices where there are gaps in the rules.

The first matter to be heard by the IPT, the case of Bayer AG v Milborrow Animal Health (Zimbabwe) (Pvt) Ltd (IPT 01/17) was an appeal filed in terms of Part XII of the Trade Marks Act. Bayer AG was represented by Messrs Honey & Blanckenberg. The appeal was against a decision of the Registrar in an application filed by Millborrow for removal of Bayer’s HI-TET mark from the Trade Marks Register, on the basis that Millborrow had a prior registered mark. In response to Millborrow’s application, the Registrar made the decision to remove Bayer’s mark from the Register on the basis that registration of the mark offended Section 15(1) of the Trade Marks Act in that it was identical with a trade mark belonging to a different proprietor and already on the Register; Section 14(1)(a) and (b) in that its use would be likely to deceive or cause confusion and would be contrary to law; and, that the mark was fraudulently registered.

Bayer’s appeal was made on the basis that the Registrar’s decision was irrational, procedurally irregular and that he was misdirected in his application of the law as he
did not follow the procedure prescribed for such matters set out in Part VIII of the Trade Marks Act and Part VIII of the Trade Marks Regulations. The procedure set out in the Trade Marks Act and Regulations provides for filing of statements by parties in support of their cases and the production of evidence by both parties after which a hearing is held before the Registrar and a decision made. In this particular case, the Registrar made the decision without Millborrow having filed a statement of case setting out the grounds on which Bayer’s mark should be removed, adducing any evidence to justify such a decision and without giving Bayer an opportunity to file its statement of case and evidence.

Bayer’s appeal was allowed on the basis that, among other things, Millborrow’s application for removal of Bayer’s trade mark was defective in that Millborrow did not file the statement of case as required by the Trade Marks Act and Regulations and they failed to discharge evidentiary onus; the Registrar breached the audi alteram partem rule of natural justice by making a decision without allowing Bayer to be heard; and, the Registrar’s decision was irrational in that he made an arbitrary decision and went as far as alleging fraud, which was not substantiated by any evidence. The Bayer Hi-Tet trade mark was therefore restored to the Registrar to the Register of trade Marks.

About the Author: Lorraine Takaendesa

Lorraine Takaendesa is a Partner in the Intellectual Property Department. She holds an LLB from University of South Africa. She commenced her legal career in 2007 and joined Honey & Blanckenberg in 2014. She specialises in intellectual property law including trade mark portfolio management, registration of trade marks, patents, industrial designs and utility models, enforcement of intellectual property rights, including trade mark oppositions, infringement litigation and anti-counterfeiting. She has been involved in a number of anti-counterfeiting seizures in Zimbabwe. She sits on the Council of the Zimbabwe Institute of Trade Marks and Patents Attorneys, she is a member of the International Trade Marks Association (INTA) and she is an active participant of the ARIPO Working Group on the Improvement of the ARIPO Protocols. 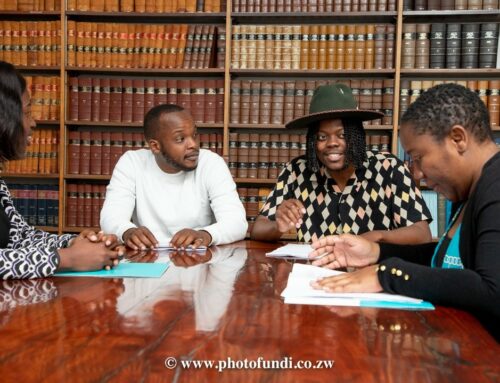